Is Too Much Choice Killing Our Ability to Settle Down?

Online dating is increasingly blamed for contributing to people not getting or staying married. Logic says that giving people choices allows them to choose what will work best for them. But scientists are finding that too much choice paralyzes us. All those choices create the illusion that the perfect one exists, raising our expectations and creating cognitive overload as we sort through mountains of information.

The Tyranny of Choice theory basically says that when people have infinite choices, they will put off making a final decision indefinitely. For example, one study set up a jam display at a grocery store. When the display had 24 varieties, it attracted 60 percent of shoppers but only 3 percent actually bought a jam. When the display had only six jams, it attracted less shoppers but almost a third of shoppers bought one. Companies are finding that by trimming their product lines, consumers respond by buying drastically more product.

Not only are we more likely to commit when faced with limited options, we’re also more likely to be happy with our choice. More choices make us second guess ourselves and later regret our decision. Having someone else make the choice for us reduces the cognitive load and allows more positive reflection in retrospect. So…matchmaking then? Apparently it’s making a comeback.

All this choice – in everything from clothing to grocery shopping to picking out a car or a date – is making us unhappy. A 2010 study found that almost half of respondents thought life was more confusing than it was ten years ago, and 42 percent said they laid awake at night trying to resolve problems.

When it comes to internet dating, or to be fair, just dating in general these days, the abundance of choice is creating stress. Those matching algorithms touted by dating sites are little more than just pairing people based on a few superficial characteristics, according to a scientific review that gave dating sites a failing grade. So you’re still sorting through swarms of suitors often use the method of casting a wide net by sending hundreds of standardized messages (“ur hot” Uh, thanks?).

Choice dulls and overwhelms the critical facilities, in person or online. In a study on speed dating, people paid less attention to characteristics that require thinking and conversation to evaluate (occupational status and level of education, for example), and focused more on the physical attributes of potential mates.

One can use all the choice to find the right one. The key is knowing what you’re looking for. Just as one wouldn’t walk into a grocery store with a shopping list consisting of “meat, dairy, carbs”, one has to approach dating with a specific list of characteristics you’re looking for in a mate. The way to beat the tyranny of choice is to narrow your options. Time to make a list. Happy hunting. 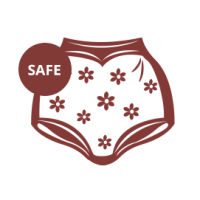 A Journey Through My State Of Mind

Warning: Contents May Be Hot

Coming Clean About Getting Dirty

A first hand account of a good girl learning to "play" dirty and finding her true sexuality along the way.

Under the influence of Chocolate and a child

Thought Catalog is a digital youth culture magazine dedicated to your stories and ideas.